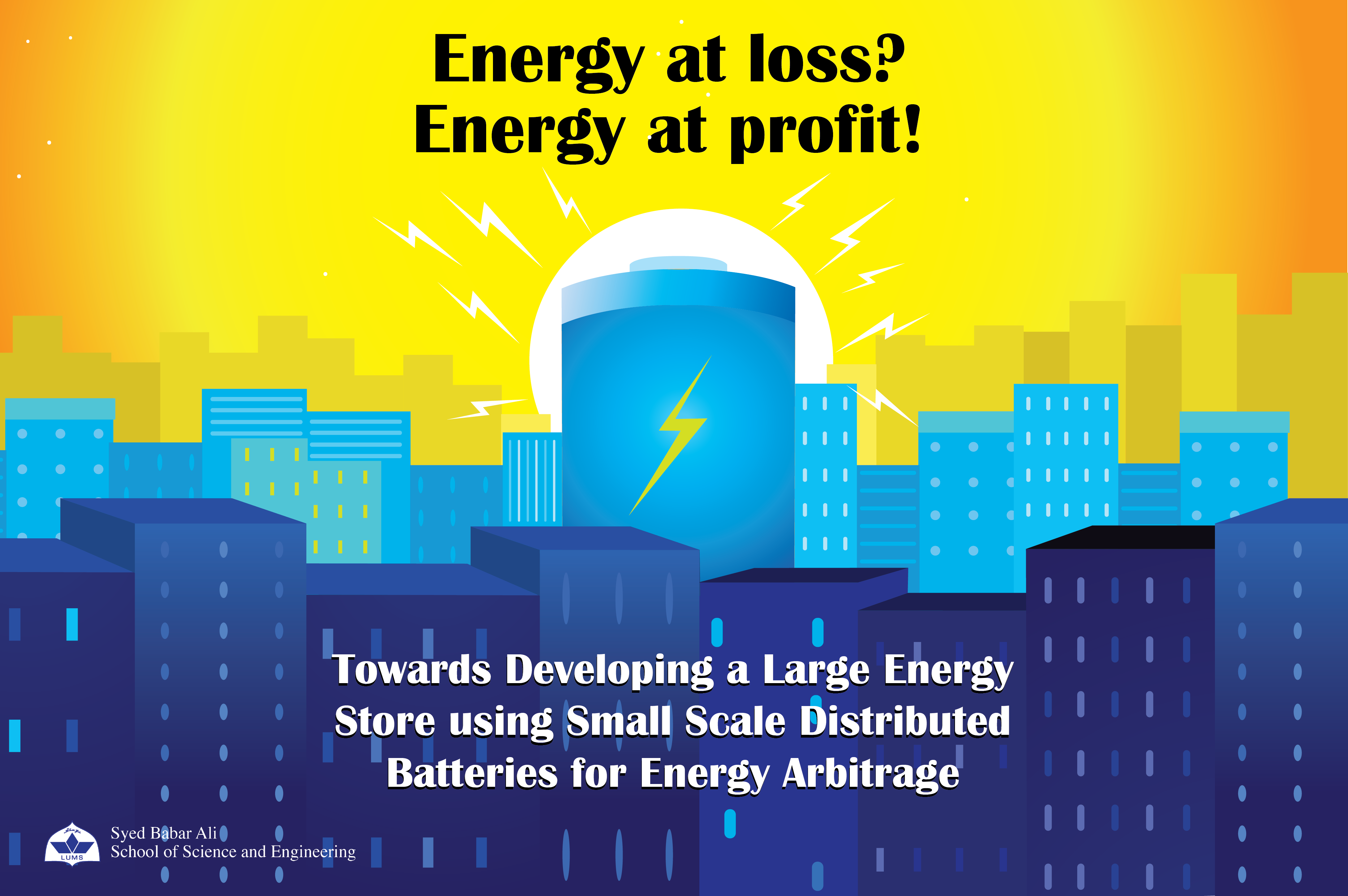 Energy at Loss? Energy at Profit!

Remember that one day in 2021 (January 10th to be exact), when a massive power outage plunged the entire nation into darkness?

Social media was quick to react, and “Apocalypse” started trending on Twitter. People were asking around to check whether this dark surprise was shared by others outside of a given city. After the darkness faded, it was realized the outage was due to a large grid fault. While it was received with good humor on social media, the interruption in daily activities and routine operational work caused considerable economic loss for many. Electricity is the obvious red line that runs between drivers of our country’s economy, industry, agriculture, small business and private enterprises. A jolt in it is bound to affect millions, nationwide.

In an effort to endow the work of these businesses and frontline economy drivers, the Government of Pakistan has increased its electricity generation. The providence is a welcomed gesture but comes at a high opportunity cost. Unless of course, it could be stored and used at a time of power outage. However, this would require an excess energy storage system that is remarkably more efficient in its storing capacity and is economically viable enough to be used by hundreds of millions of people. Fortunately, an interesting solution to this problem has emerged from within the depths of SBASSE, in the Department of Computer Science. Dr. Nasir Mehmood, with his supervisor, Dr. Naveed Arshad, has created an energy storage solution that might just be the breakthrough we are all looking for.

What is the hype all about? Well, Dr. Mehmood submitted the idea as his PhD thesis on a large-scale energy storage system. This system is made from many small consumer batteries, orchestrated by a single central controller. He proposed that the charging and discharging of the batteries will be handled by this central feature. It ought to charge and discharge batteries based on their weight and state of charge. Current Energy Storage Systems (ESS) lose energy while charging/discharging, due to a lack of well mediated, controlling mechanisms. Moreover, this way the system can conserve the life of each battery, making each unit an efficient, dependable and long-lasting part of the entire array.

However, technical efficiency may not always be equal to reduced costs of storing energy. What if it is more expensive to store energy than to produce it in the first place? Thus, the need of the hour called for a much more robust system in terms of energy efficiency and cost efficiency. Dr. Mehmood also analyzed the system to gauge whether it offers economic feasibility for energy distributors. He evaluated the costs for energy distributors who will be storing energy, given an excess supply. Dr. Mehmood also input electricity prices and estimated their profits in the model and deduced that this ESS would be a desirable idea not only for distributors but for consumers as well.

Dr. Mehmood’s work can prove an important intervention for Pakistan’s frail energy conditions. If researchers like Dr. Mehmood and important stakeholders from the industry, policy makers and the government at large coalesce, one can imagine what the future of our current energy depravation may look like. Thus, one can hope that in the not-so-distant-future, no one will have to suffer from the expense of days like January 10th, 2021.

Observability in Software and Experiences of Working in Remote First Organizations 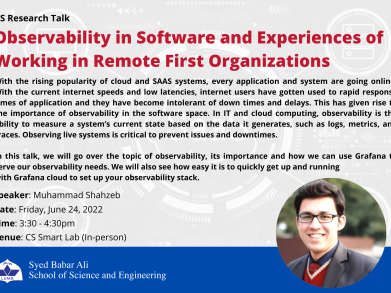 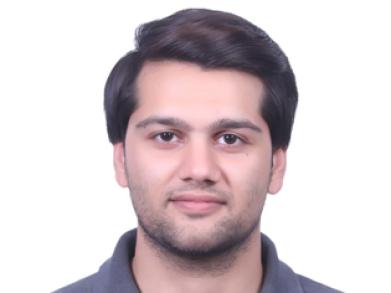 Paying attention to the radiologists 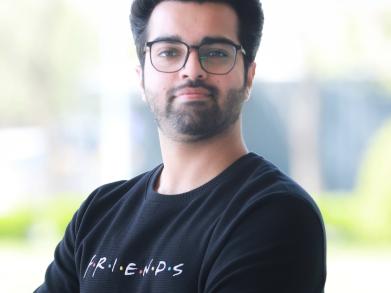 Workshop on Fundamentals of Deep Learning 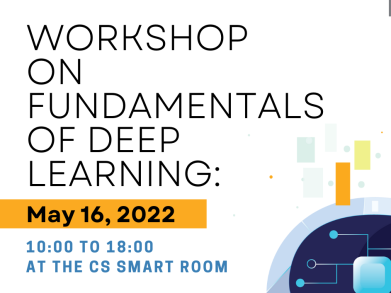 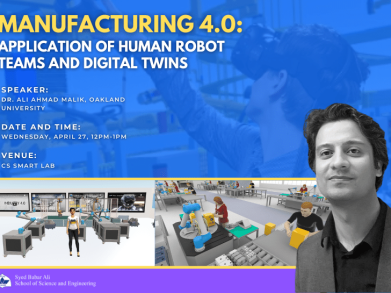 Saving Our Cities with Technology and Data-Driven Policy Making 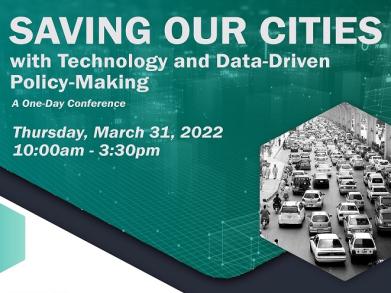 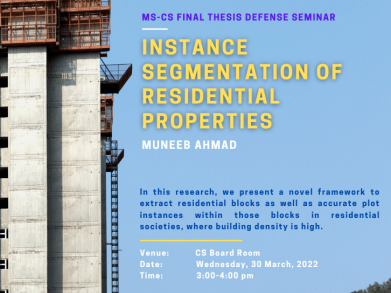 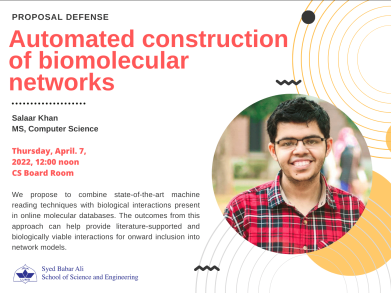 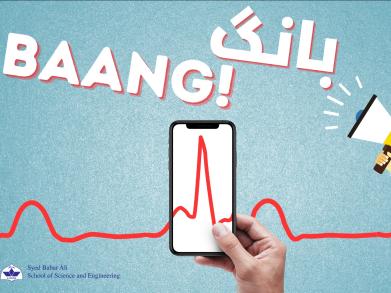