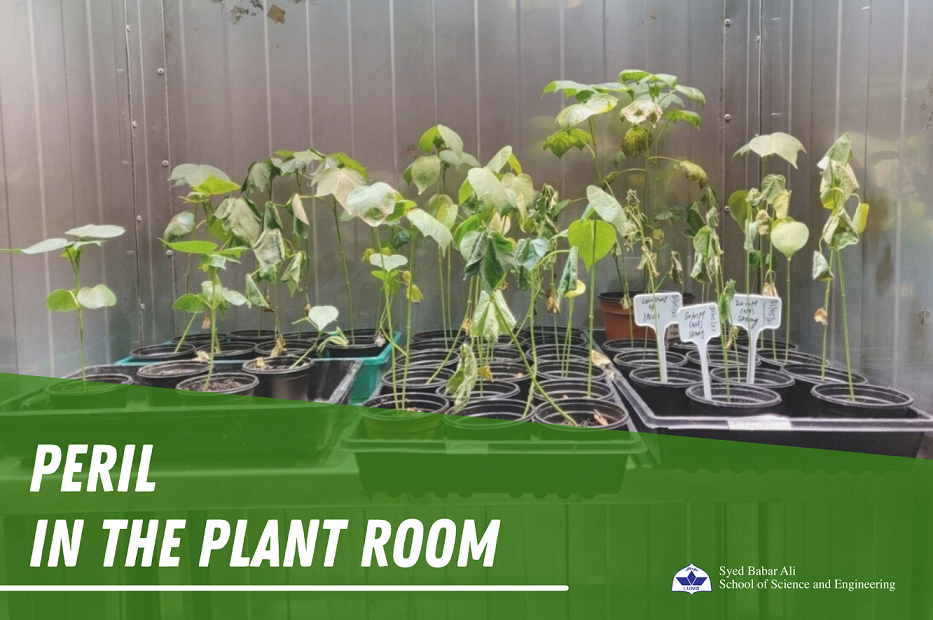 Peril in the Plant Room

Much like an Agatha Christie novel, mystery shrouded the Department of Biology a few months ago when the incubator in the Plant Growth Rooms refused to maintain its temperature to the set 18˚C and 25˚C. Fearing a fire hazard when the temperature shot up to 56˚C, help was sought from the company that had fitted the incubators in the first place. 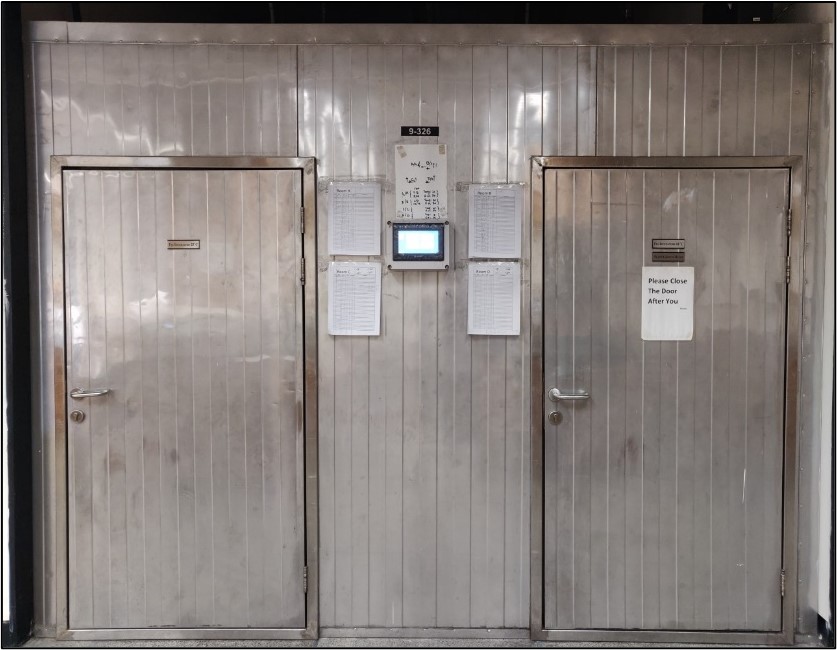 Installed by Force Engineering, the four series of walk-in incubators, barred by heavy steel doors, come equipped with controls for temperature, humidity, and light settings to mimic the conditions necessary for optimum growth and proper circadian rhythms (an internal biological clock tuned to light and dark cycles). While two incubators are reserved for the tiny Drosophila (pronounced Droh-so-filaa) flies buzzing around in their cylindrical food vials, the other two are filled with plant seedlings in plastic pots on racks with fluorescent lighting. These are, of course, the Plant Growth Rooms that harbor various genetic experiments attempting to understand and characterize plant response to an assortment of stress factors. Though the Plant Growth Rooms were established several years ago by the pioneering work on plant molecular biology led by Dr. Ahmed Jawaad Afzal, they have just now been continued for use by the newest addition to the Department of Biology - Dr. Khurram Bashir. Unfortunately, it was soon observed that only one outdoor unit was functioning (and that too, barely) while three others had lost utility altogether. Though the indoor units were working, they were unable to maintain the correct levels of temperature and humidity. Further investigation only then revealed the depth of the damage – Extensive fungal contamination on the indoor units, burst pipes and loss of gases had contributed to the malfunction.

When Force Engineering was contacted for the maintenances, the Department of Biology learnt that the company had been disbanded and, thus, had stopped all their services. With great technical expertise needed for this repair job, hope seemed to be a thinning silver line of a very dark cloud. 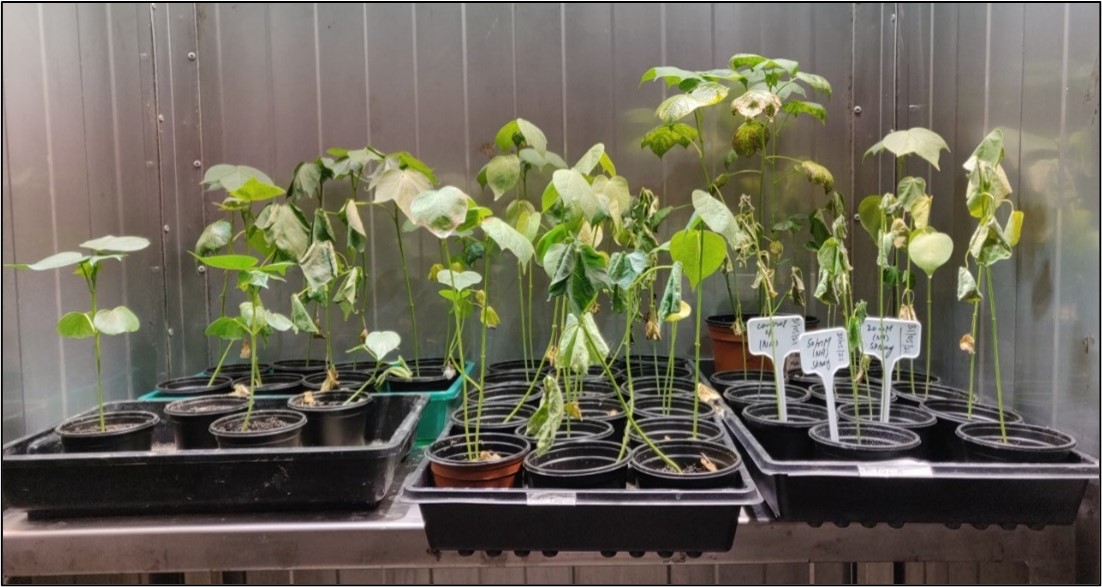 Would a fix be found in time?

Then a light bulb went off, and it was decided to procure the same external source that was used for the upkeep of fridges/freezers/cold rooms to restore the walk-in incubators. Bismillah Engineering was therefore put to the task of having the incubators up and running, which they miraculously did in no time. Not only were all four outdoor units now operational but extensive servicing of all components, thorough cleaning of the indoor units, refilling of the gases, and installation of new parts was also provided by them. Additionally, all the tube lights were also replaced with efficient LED lights on the racks and halogen lamps on the ceiling.

Needless to say, the engineers saved a massive expense with their know-how and facilitated in getting the study and research on plants back on track! 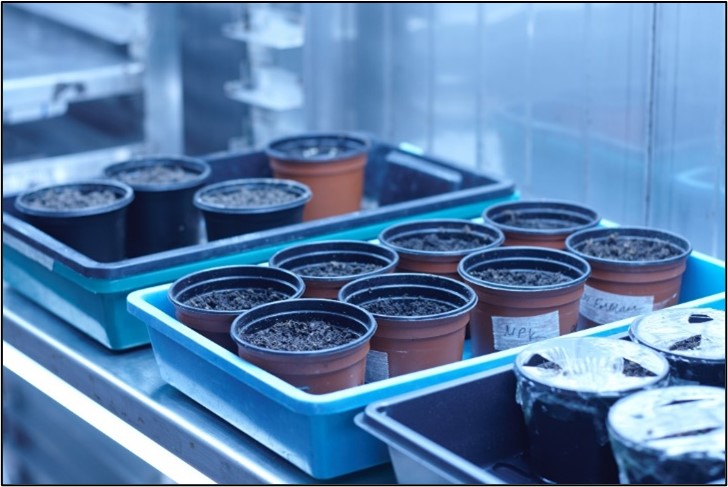 This story has been created by Sitara Hassan who is working as a Research Assistant in the Department of Biology and she is also part of the Carl Sagan Write for Science Centre in the SBASSE's Dean's Office. Deciphering the role of Rbfox2 in miRNA processing at Dicer level 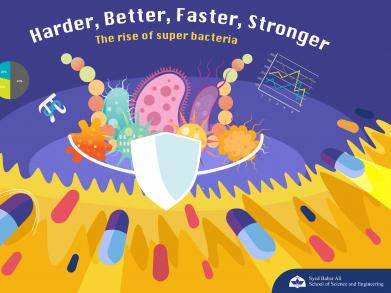 Gene Network and Epigenetic Mechanisms Controlling the Generation of T-Lymphocytes 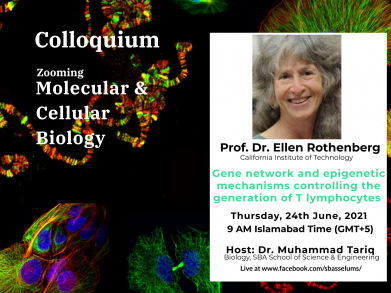 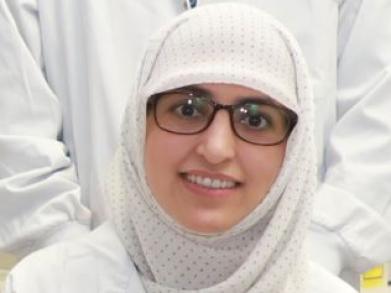