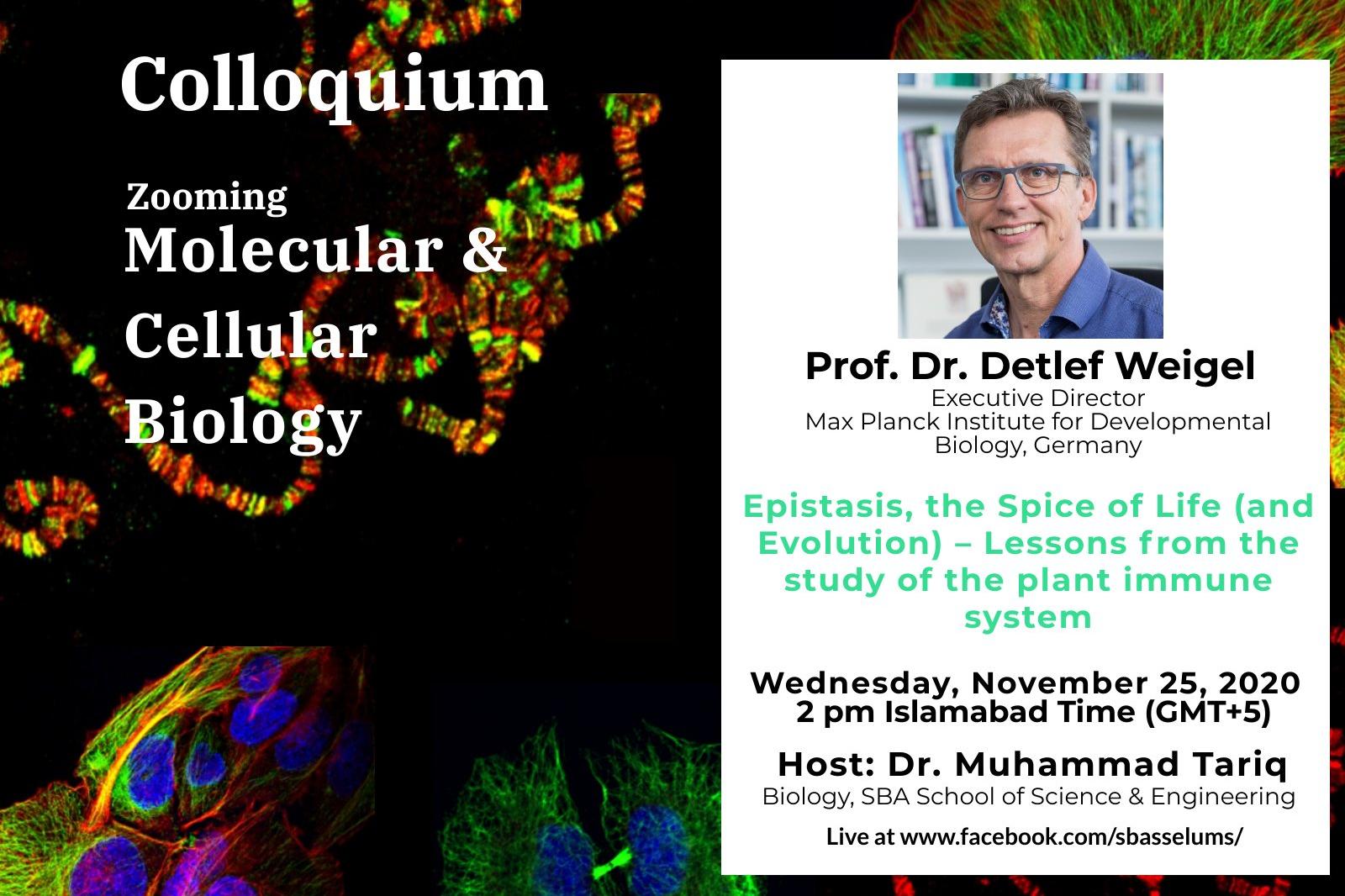 Epistasis, the spice of life: Lessons from the study of the plant immune system

Speaker(s)
Prof. Dr. Detlef Weigel
Venue
Zoom/Online
Abstract
Prof. Dr. Detlef Weigel says that his group is addressing fundamental questions in evolutionary biology, using both genome- and phenotype-first approaches. A few years ago, they discovered that Arabidopsis thaliana is a great model for the study of hybrid necrosis. This widespread syndrome of hybrid failure in plants is caused by plant paranoia – regardless of the presence of enemies, plants “think” they are being attacked by pathogens. Over the past decade, they have studied in detail the underlying genetics, finding that often one or two loci encoding NLR immune receptors are causal. NLRs make up the most variable gene family in plants, and it is not surprising that they are often involved in genome-genome conflicts. Hybrid necrosis results when NLR genes meet that have not been co-adapted. This has in turn raised the question of the scale of NLR diversity, and thier goal for the next decade is to understand the genomic and geographic patterns of immune system and especially NLR diversity. In 2018, the group initiated a project, PATHO(gens in Arabi)DOPSIS, in which they aimed to describe genetic diversity in the host A. thaliana and two of its important pathogens, the generalist Pseudomonas sp. and the specialist Hyaloperonospora arabidopsidis. The long-term vision is to produce maps of resistance alleles in the host, and of effector alleles in the pathogens, in order to learn when the pathogens win in a wild plant pathosystem – and when the hosts prevail.

Detlef Weigel, a German-American scientist, is currently Executive Director of the Max Planck Institute for Developmental Biology. He is a member of the US National Academy of Sciences, the German National Academy of Sciences Leopoldina and the Royal Society, and recipient of several scientific awards, most recently the Novozymes Prize of the Novo Nordisk Foundation.

The first major finding from his lab was that an Arabidopsis gene could dramatically accelerate flowering of trees; this established a proof of concept for Arabidopsis genetics as a platform for biotechnological discoveries. His group later discovered the first plant microRNA mutant and identified the factor that we now know to be the long sought-after mobile flower-inducing signal. Detlef was also one of the first to exploit natural genetic variation for understanding how the environment affects plant development. In recent years, this work has come to incorporate questions at the interface of evolution and ecology: How can wild plants adapt to climate change, and how do they manage to keep their pathogens at bay? In this research, he draws on the fruits of a collaborative effort initiated over a decade ago to sequence the genomes of over 1,000 natural A. thaliana strains (The 1001 Genomes Project).

Detlef has an extensive record of service to the scientific community, having served on a series of editorial and advisory boards. He is a forceful advocate of open access publishing and founding Deputy Editor of eLife. He is also a co-founder of three biotech startups.

The Role of Spatial Proximity in Genome Regulation On Phylogenetics and Polytopes 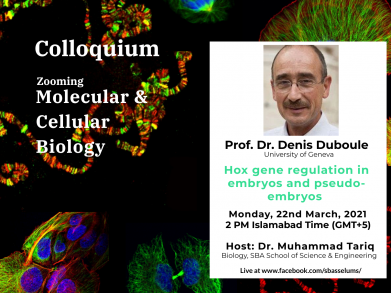 Mechanisms of the Malignant Progression of Carcinomas 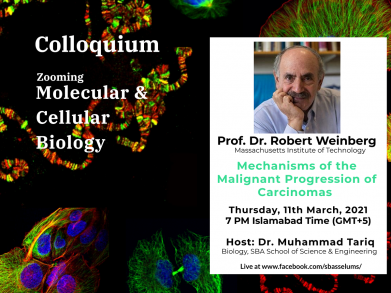 Understanding the Strategies Evolved by a Very Successful Transposable Element How and where to assemble heterochromatin, and why it is essential for organismal survival 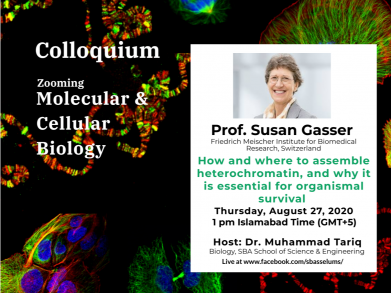 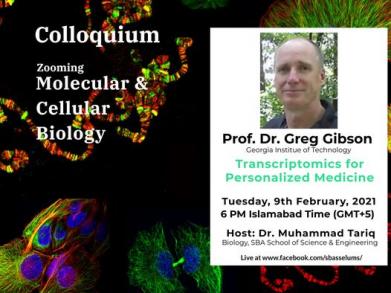