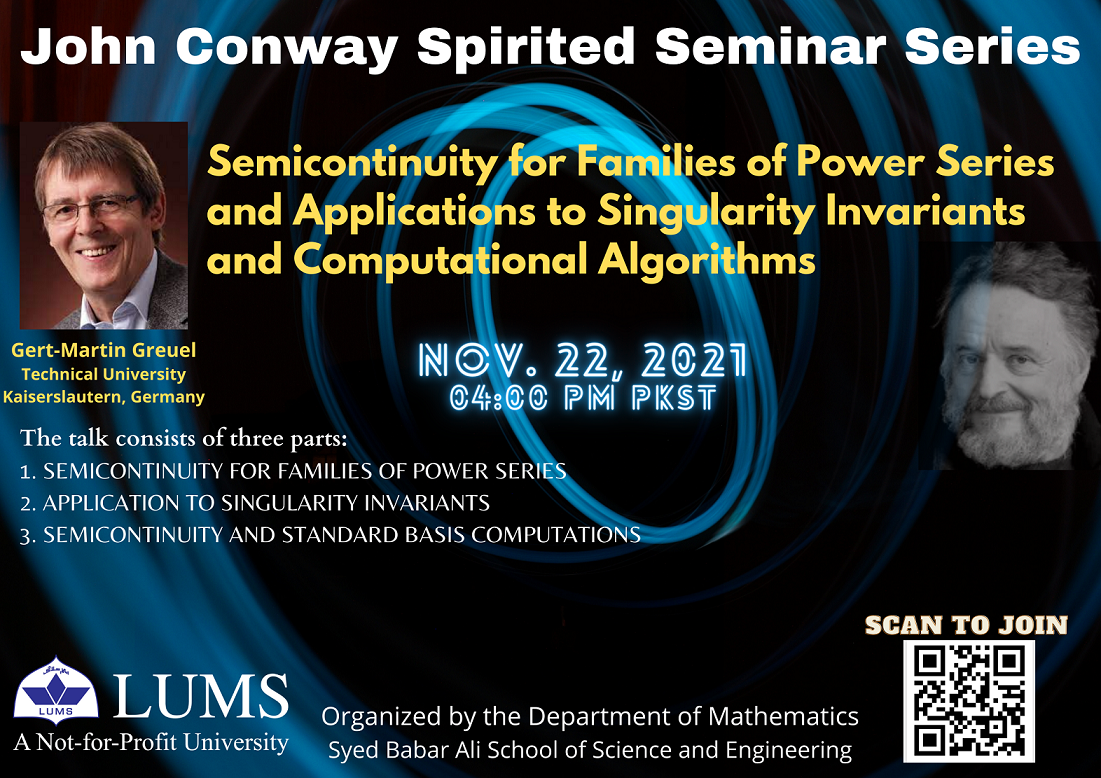 Speaker(s)
Professor Gert-Martin Greuel
Venue
Zoom/Online
Abstract
The talk consists of three parts:
1. A general semicontinuity theorem for families of modules defined by power series.
2. We prove that the delta invariant in a family of parameterizations of reduced curve singularities is upper semicontinuous.
3. A new algorithm for standard basis computations of 0-dimensional ideals in a power series ring that provides a significant speed up when coefficient swell occurs.

Prof. Gert-Martin Greuel is our next guest in the upcoming seminar in the John Conway Spirited Seminar Series organized by the Department of Mathematics, SBASSE, LUMS. The seminar is scheduled on November 22, 2021, at 4:00 PM PKT (Monday).

Gert-Martin Greuel was a distinguished senior professor at the University of Kaiserslautern until he retired in March 2015. As the long-standing director of the Mathematical research center Oberwolfach (MFO), he has shaped mathematics in Germany for the last decades. From 1993 on, Gert-Martin Greuel was head of the center for computational algebra at the University of Kaiserslautern. In 2002, he became director of the MFO until 2013. In 2010 he assumed the presidency of the European Research Centers on Mathematics. Since 2013, he has been a member of the “Executive Committee of the European Mathematical Society”. Together with others, Gert-Martin Greuel developed “Singular”, a computer algebra system for polynomial computations for applications in algebraic geometry, especially for the investigation of singularities. He is editor-in-chief of important journals, and he received a lot of awards for his scientific contributions. Since 2014, he has been a member of the HITS scientific advisory board. 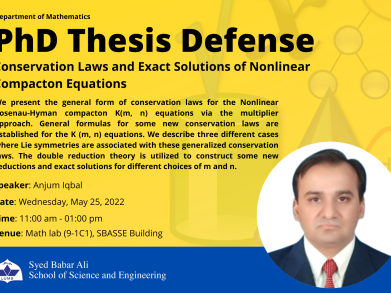 The Relative Canonical Ideal for a Large Family of Curves: Generating Sets and Betti Numbers 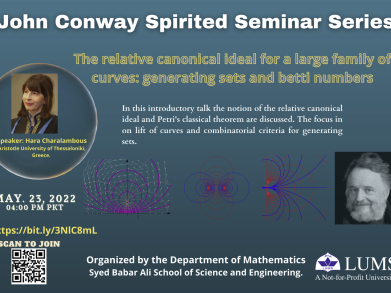 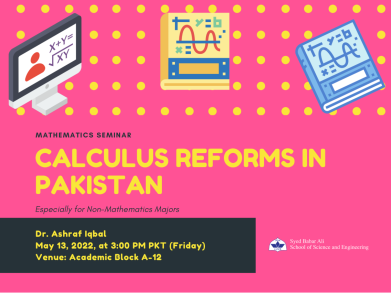 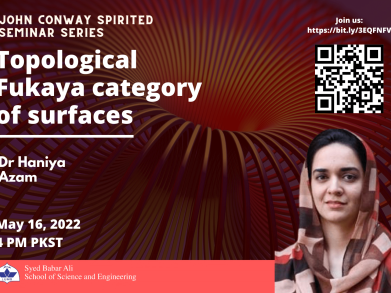 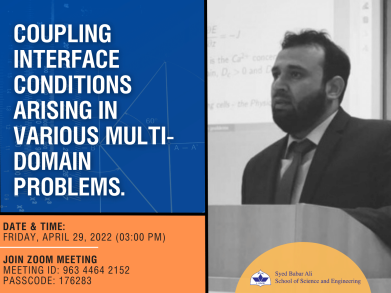 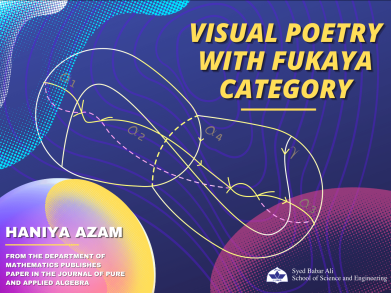 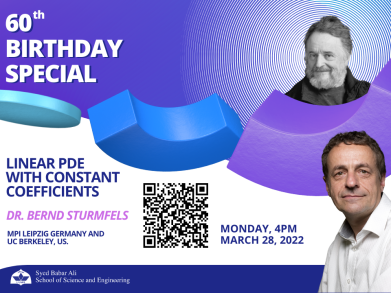 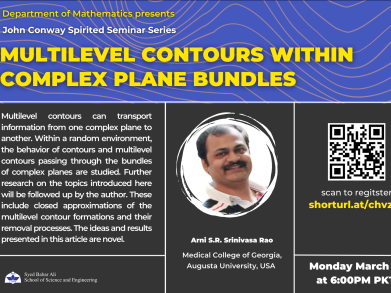 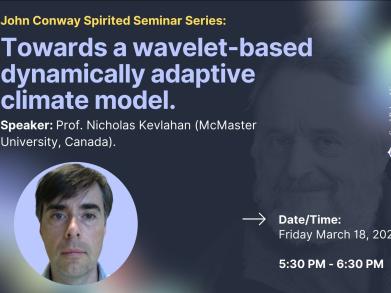 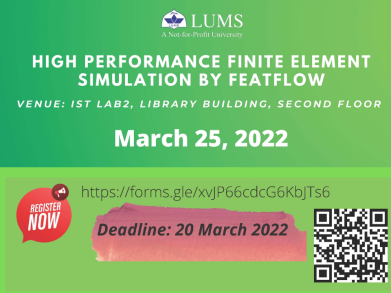