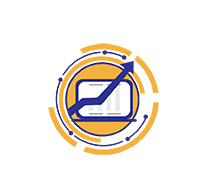 We are awash with the abundance of varied perceptions when it comes to technology. Clearly, technology is a polarising subject for many. However, we humans share a tendency to adapt and evolve with changing environments and there is no bigger stimulus for change in our lifestyle than what technology has instilled. We owe much of our comfort, situational awareness, security, livelihood and sometimes even happiness to the end products of rigorous research and development in technology.

Technology, however, still stands strong as a potent catalyst for progress in education, security, business, innovation and subsequently the economy of any nation, be it developed or developing. It is the common denominator that can elevate the delta ‘v’ of progress.

Dr. Ihsan Ayyub Qazi’s research has been focused on isolating and encouraging the good use of technology in the developing world as well as combating its inevitable abuse. Some of his work includes developing a lost cost cloud infrastructure where useful data (such as health and location data) can be obtained without breaching privacy, to further deep machine learning, AI and IoT capabilities without putting further stress on today’s cloud infrastructure.

Dr. Ihsan is also adamant in dealing with intelligent ways with which technology is being used to generate fake news that is becoming harder to identify and take down. He calls it ‘deepfakes’. Populations from developing countries are especially prone to impact from such deepfakes because of their limited digital literacy, and hence are much more likely to become a victim of such exploitation such as election interference, polarisation to even conflict.

Who doesn’t like a stable, cheap and fast internet connection? But what if you don’t have access to fast internet? Dr. Ihsan’s research interest also lies in designing cost-effective web technologies that are optimised for slow networks and slow devices. In addition to this, he is also interested in designing low bandwidth but free communication channels for unconnected populations. He hopes this will help with (i) employment and subsequently income generation, (ii) providing timely access to information for effective decision making and (iii) delivering quality education. We all can definitely use all the progress Dr. Ihsan can make in his research!

Furthermore, Dr. Maryam Mustafa has her sight set to the future of information technology and wants to make sure the infrastructure of the digital world is ready to take on the astronomical demand of online users in the future. Dr. Maryam thinks that more than a billion new users will join the internet in the next few years. To put things in perspective, that is more than 100 crore new Facebook users - or 5 times the population of Pakistan! Truly astronomical! However, most of these new users will be from developing countries like Pakistan, India and others. With slow internet, old devices and limited literacy skills, they may not have access to the opportunities afforded through digital platforms. Should these populations be left on their own to eventually be marginalised?

Dr Maryam’s research focuses on core issues that may stem from an unequal distribution and deficient consumption of information technology in the future. Some of the issues are:

She plans on collaborating with Media Lab and a host of departments (biology, economics, social sciences) in LUMS and abroad. The long term goal for her lab is targeting social inequities to create more equal communities and to inform the design of new technologies deployed by tech giants like Google and Facebook.