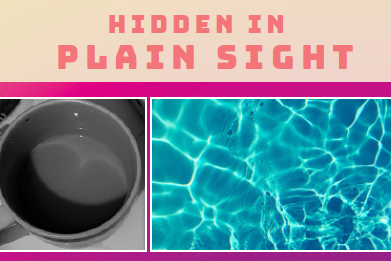 Physics and Mathematics are two fields that are often perceived as highly complex. They seem to require a lot of background context to understand even some of the more basic concepts. However, I think treating these subjects as something profound and unreachable is a disservice. More often than not, we can see these complex concepts everywhere, not only in the way we move and the working of machines but more purely in the aesthetics around us. Take a look at some of the patterns below that appear at the bottom of a swimming pool or in a mug that you probably look at every day. While these patterns may look wildly different from each other, they are indeed connected.

Usually, when we talk about optics or optical phenomenon, we discuss reflection, refraction, and diffraction, but these two images are connected by something a little different that utilises these concepts. These patterns are called caustic networks. The word caustic itself has fascinating origins; it comes from the Greek word kaustikos, which means capable of burning. The term is used here because the formation of these networks is a result of many rays coming together and concentrating at one point. As any student who has ever played around with a magnifying glass can tell you when too many light rays are focused together, they can generate enough heat to cause a fire. So how can the coming together of rays of light lead to the patterns we see in these images? Well, each surface is different. In the case of the pool, the waves act as lenses that bend the light in different ways in different locations, as can be seen in the diagram below (Figure 1). Regions, where the light is spread out, are out of focus and so seem darker, and regions where all the light is concentrated at one point below the surface, are in focus and seem brighter.

A similar pattern can be seen on the sides of ships as well, and it comes from the same concept. The waves act as varying lenses that reflect different amounts of light. The pattern in the cup is a little different, but the same phenomenon causes it. The shape in the cup is called a caustic curve. It occurs because the side of the mug acts as a spherical lens that leads to light bouncing off to approximately the same point but not quite. The more curved part that the light falls on the further away it is from the centre as can be seen in the diagram (Figure 2). Another exciting area where caustics play a role is rainbows.

Usually, rainbows are explained using only total internal reflection; however, the brightness of rainbows is because the rays form a caustic near the raindrop. The cluster on one side causes the intensity of light, and on the other side is shaped like a cone with a half angle of about 42 degrees. This angle does not depend on the droplet size hence why we see it from a number of droplets, and when we look at the sky from this direction, we see glints from many raindrops leading to the image of the rainbow arc. This is why the ideal place to look at a rainbow is from a 42-degree angle. As you can see, caustics are all around us. In fact, the example of the cup is something that Leonardo Da Vinci discovered back in 1508, and yet the concept continues to be relevant. Research on caustics is still ongoing for a myriad of compelling reasons. Mathematically, predicting the shape and geometry of caustics is done through multivariable calculus. In physics, caustics are not only important in optics but are also studied in the context of nanoscale structures since ferromagnetic materials possess a property essential to the idea of caustics. Additionally, the study of caustics has helped with understanding gravitational lensing and it is often studied in the field of computer graphics. It is fascinating how something extreme complex can be hidden behind something we see every day, only if we were willing to explore further.

Fariha Hassan is a student of BS Physics at SBASSE, LUMS.

Do Muslims Accept Evolution? The Reception of Biological Evolution in Pakistan, Malaysia and Iran 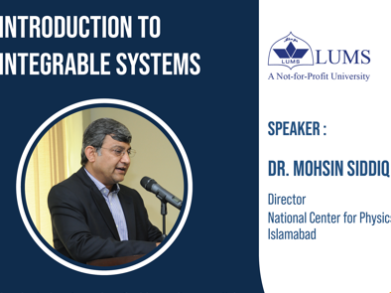 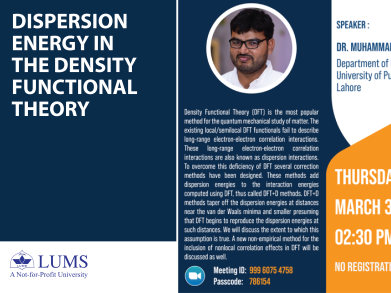 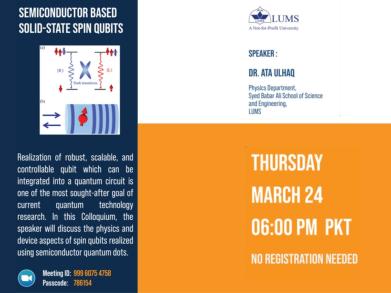 How to look around corners?