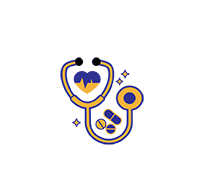 Research at LUMS aims to improve the quality of and access to affordable healthcare. Health and medicine related research remains a mainstay of the School’s interest. There is a multitude of  diverse activities conducted by our investigators revolving around these themes.

Dr. Amir Faisal talks about the vision of laboratories for biomedical research, challenges to current research and a proposed timeline of development for this stream.

For example, Dr. Wala Saadeh in electrical engineering is determined to build wearable medical devices that can remotely monitor patients’ vital signs such as heart rate, blood pressure, body temperature, blood glucose, and blood oxygen saturation from the comfort of their homes reducing visits to the hospital. According to the World Bank’s Development Indicators, as of 2018, 63.33% of Pakistan’s total population lives in rural areas where access to diagnostic testing facilities is limited. Hence her systems, hailed as ‘lab-on-a-chip” systems are perfectly suited for rural settings, making healthcare accessible and affordable. Dr. Nauman Zafar Butt’s research group used the state-of-the-art microfabrication facilities available on campus to develop sensors that analyze tiny amounts of liquids, such as blood. These devices are aptly called “microfluidic biochips”. These sensors can be used for the early detection of and monitoring the progression of diseases such as cancer, tuberculosis, malaria, and pneumonia. They are based on monitoring the impedance of fluids modified by the presence of target pathogens and antigens.
Motivated by similar goals, Dr. Ata ul Haq’s and Dr. Ammar Khan’s research clusters in physics are working on refining and developing optical tools used for biological research including confocal microscopes, optical probes and optical tweezers.

These resourceful tools are used in 3D imaging of cells, the early detection of pancreatic cancer, and isolating bacteria or strands of DNA. Dr. Zahra Lakdawala in mathematics is interested in studying the properties of biomaterials such as bones to understand the properties of medical implants, prostheses and artificial body parts as alternatives to natural tissues and organs. Finally, chemistry’s Dr. Muhammad Saeed’s bio-organic and medicinal chemistry group spends its time in understanding the mechanism through which the hormone estrogen initiates breast cancer in females with the aim of developing a novel sensor that could diagnose and monitor response to chemotherapy in these patients.

Amidst a global pandemic, we can understand how important drug discovery is. Researchers must tackle problems associated with certain drugs such as their side effects and multidrug resistance, which means that disease-causing pathogens (bacteria, fungi, viruses, and parasites) evolve (either naturally or due to the inappropriate use of the drug) and stop responding to the drugs that once used to kill them. For example, antibiotic resistance is considered to be one of the greatest threats to modern human civilization.

The Biochemistry and Structural Biology Laboratory (BSB lab) led by Dr. Shahzad ul Hussan is focused on the discovery of drugs (which treat) and vaccines (which prevent) and also attempt to understand interactions between the host (humans) and pathogens, specifically viruses. The group fouses on viruses causing AIDS, Hepatitis C and dengue fever. These three viruses are all similar since they use chainlike structures of sugar molecules called glycans to identify and attack human cells. The BSB lab is using a small water-based organism called algae to block the entry of these viruses into human cells. It has also engineered a protein called LUMS-1, which stops AIDS and HepC viruses from multiplying, hence terminating the infection. On the other side of the spectrum, Dr. Muhammad Saeed’s Bio-organic and Medicinal Chemistry research group is exploring traits of viruses that can be exploited to stop them from replicating. His group is also developing an understanding of the corona virus which toppled the world’s health infrastructure in 2020.

Vaccines prepare the human body to defend itself against an infection from a certain pathogen. Dr. Shaper Mirza’s lab in biology is leading the School’s initiative on infectious diseases and is investigating, amongst other problems, why diabetic patients do not respond well to existing anti-pneumonia vaccines. Similarly, Dr. Amir Faisal’s Cancer Therapeutics Lab is developing an understanding of the mechanisms through which cancer cells become resistant to drugs. His lab is exploring whether a combination of drugs can be used to overcome resistance and working together with Dr. Rehman Saleem in chemistry, is focused on developing new anti-cancer drugs. A presentation on drug discovery and vaccine research work by Dr. Amir Faisal is given below:

Prof. Irshad Hussain’s Functional Nanomaterials Group has pioneered the science and technology of nanomaterials and nanotechnology in Pakistan. He has designed tiny assassins who work on the nano-scale, specifically metal-metal oxide water-soluble nanocomposites that are programmed to target and kill resistant pathogens and resistant cancer cells with minimal side effects. Cancer is one of the major causes of death around the globe and affects all strata of society. Current chemotherapeutic medications not only suffer from severe primary and secondary side effects but also the development of multidrug resistance in cancer patients.

Dr. Rahman Shah Zaib Saleem’s research group in the Department of Chemistry and Chemical Engineering is leading the drug discovery efforts on this front. The group focuses on the discovery of lead molecules for various cellular targets including microtubules, centrosome clustering, FLT3, aurora kinases, MDM2-p53 to name a few and specializes in hit and lead generation, lead optimization, structure-based drug design, organic methodology, natural product isolation and structure elucidation. So far the group has identified a compound capable of overcoming multidrug resistance in multidrug-resistant cancers and an ability to kill about a dozen different cancer cell lines.

The RNA is a biological molecule and the relatively lesser known cousin of the popular DNA. It is involved in the process of protein synthesis in the human body. Proteins called transforming growth factor-beta are secreted by white blood cells as an immune response to certain tumours. However, this defense mechanism fails in the case of certain types of cancers such as cervical and glioblastoma. Dr. Afzal M. Dogar’s RNA Therapeutics Lab is investigating whether such immune response failures also exist in the case of breast, prostate, liver and skin cancers and whether RNA based drugs are effective in treating them.

Epigenetics, as the name suggests, describes how the genes in our DNA can be silenced or triggered into action by extra chemicals and how these epigenetic effects enable cells to acquire memory and pass it on their later generations. Dr. Tariq Muhammad’s lab uses the archetypal fruit fly to study the role of two protein groups (Polycomb and Trithorax), which play an important role in epigenetic cell memory. These studies are important in cancer prevention, detection, and treatment. Concomitantly, Dr. Tariq’s colleague Dr. Amir Faisal’s is also studying the underlying epigenetic mechanisms for miscarriages in pregnant women and how to prevent them.

Furthermore, before a drug can be introduced for use in the market, it is imperative to thoroughly put it to strict quality control monitoring side effects as well as its therapeutic efficacy. To this end, Dr. Nauman Zafar Butt’s research group, already mentioned within the realm of quantum technologies, is poised to design sensors that analyze minuscule amounts of drug molecules in microfluidic assays.

To improve access to data about both physical and psychological diseases and facilitate their timely treatment, Dr. Zahra Lakdawala’s research group is working on the conceptual framework required to create and maintain these databases, and make relevant information accessible to healthcare professionals in an ethical manner that also ensures privacy of data.

In the Department of Computer Science, Dr. Agha Ali Raza’s research focuses on large-scale information dissemination of information, including health related metrics, especially amongst the under-served, under-connected, and remote populations. Authentic and effective information dissemination is especially important during times of a pandemic. Finally, in the long run, Dr. Shaper Mirza envisions the provision of health related data for treating and understanding the progression of infectious diseases in the country.

Just like architects use software to make blueprints of buildings before initiating construction, Dr. Nauman Zafar Butt’s research group is developing numerical simulations to model the behaviour of silicon chips with desired outcomes. Many of these silicon devices are at the heart of photovoltaics and the emerging field of agrivoltaics which optimally harnesses solar energy for enhancing agricultural yields.

Since we were not present when the universe began, we cannot find answers about the early universe without the help of powerful computers. Dr. Syed Moeez Hassan is running powerful numerical simulations of quantum cosmological models in an attempt to explain gravity as a quantum force and answer fundamental questions related to the early universe, and hence about our very existence.

Most scientific problems that have any practical relevance are too complicated to be exactly solved even with the most powerful computers that are currently available. In these cases, scientists use numerical methods, which provide approximate but astoundingly accurate solutions. Dr. Mudassar Razzaq’s research group focuses on what is formally known as Fluid-Structure Interaction (FSI), which basically means studying how a fluid, such as blood or air interacts with a solid, such as our body’s blood vessels or airplanes cruising in the atmosphere. Therefore Dr. Mudassar’s FSI problems have wide applications in fields ranging from aerodynamics, bioengineering and meteorology. Dr. Zahra Lakdawala is applying numerical methods to the flow and transport of porous media such as earth, bones, clothes, etc. with applications in engineering, biomechanics, and geophysics.

Dr. Hassan Jaleel aims to use mathematical modelling to understand the impact of an individual’s decision on the collective behavior of a large population. This understanding has applications in the energy, telecommunication, transportation, financial, and irrigation sectors.