Dive into a night sky

An opera from outer space!

An opera from outer space, choreographed by the force of gravity; observed and enjoyed by complex biology!

It was 5:30pm. Two people carrying a strange, black and white piece of equipment, exited from the main doors of the SSE building. They struggled to keep a straight gait as the momentum of the machine contested their balance. This was followed by a three-legged contraption that housed a blue and white tube on top. Things looked strangely curious. What was going on? 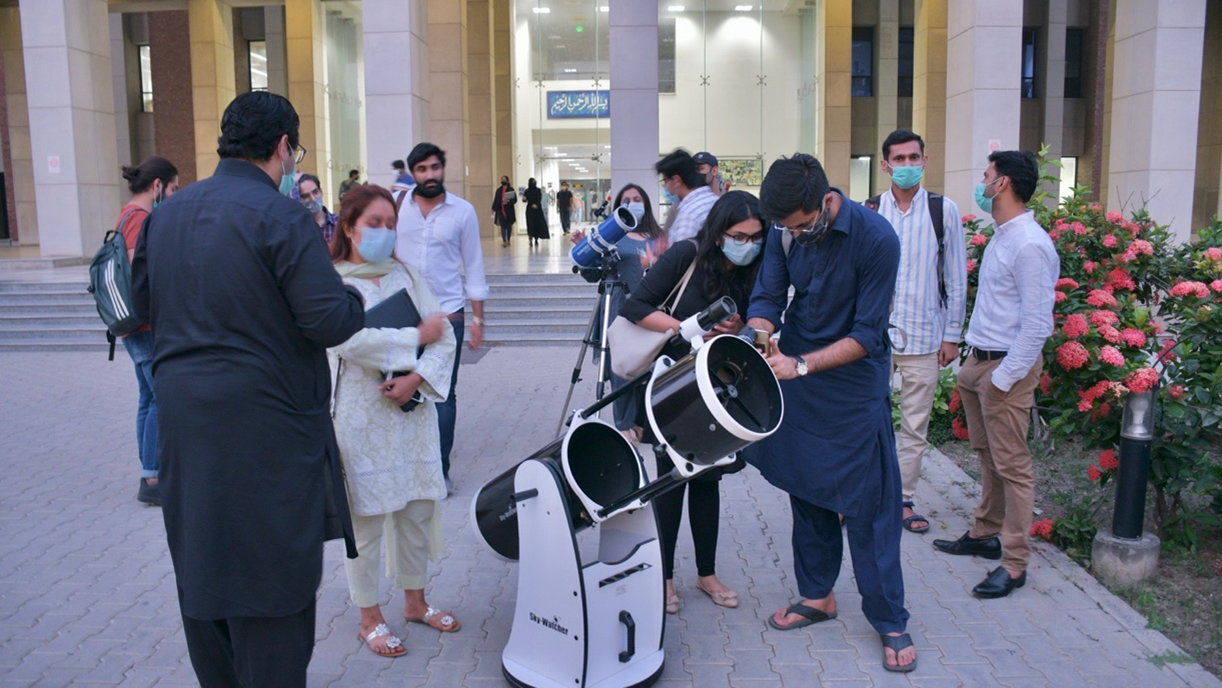 It was 12th of October and the time was 6pm; the invitation was open for all – it was time to see valleys, mountains and craters of the Moon up close! This was the beginning of a 1-hour-long turned 3-hour-long journey that ebbed and flowed through the valley of wows and awes. Participants ranged from kids, students, parents, staff members and faculty! Everybody was there to enjoy the sights of the lunar surface and distant, frigid cloud tops of the outer gas giants; Jupiter and Saturn!

Penetrating through the hazy, smokey sky of Lahore, the two reflecting telescopes (also known as Newtonians – pretty plainly named!) were these big light buckets, capturing distant photons of the Moon and planets. The dance of this faint, alien light inside the telescope tube eventually results in a magnified image that we see through an eyepiece. The design of both telescopes was the same; the only major difference being in their ‘bucket size’ i.e., aperture. One telescope had a 10-inch wide aperture, while the smaller one was just 4.5” across. Imagine seeing an entire planet and its rings, a billion (yes – billion. Not million!) kilometers away, from something as small as just 10 inches across! The result was enough to stir emotional responses from almost everyone who let it all sink in during the brief time they had with the eyepiece.

Glimpses from the Sky 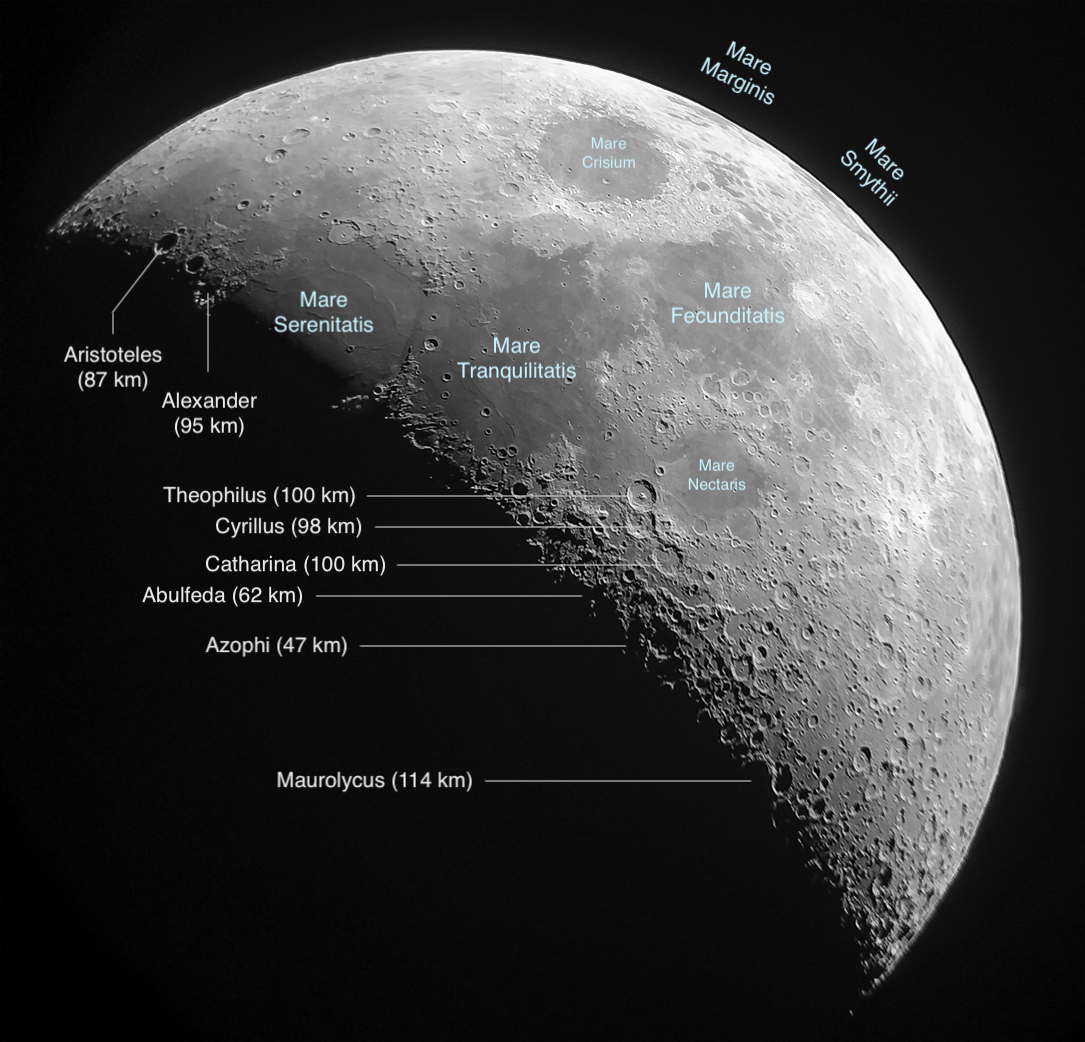 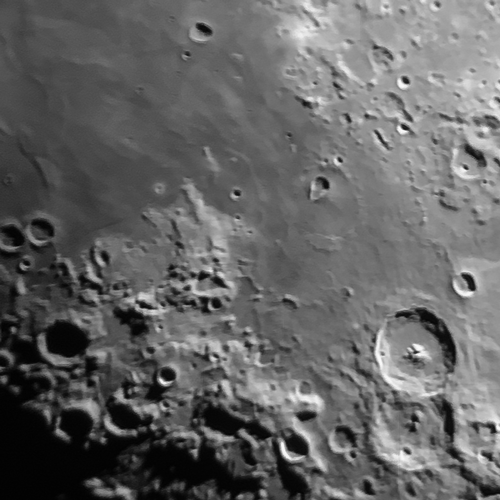 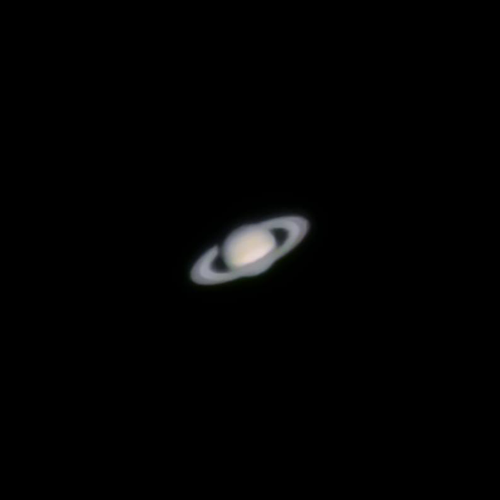